As the examination season begins in earnest, it is an excellent time to remind everyone about the importance of this last stage/the final leg/the finale.  Even now, by doing the right things, it is possible to make a real difference.  I do not want anyone to finish this year with the thought that, “if only I had…"

Last week my focus was on the leavers' talks which I have really enjoyed.  It is great to see so many of you together and on each occasion, seeing an individual in the audience triggers a new memory.  It may be that I have taught you, supervised your EPQ, talked to you at some stage, seen you participate in an activity or (rarely) had to reprimand you.

Throughout the last four weeks, we have been interviewing for a range of teaching posts for next year.  The format that we use always involves a lesson observation followed by a discussion/evaluation, when you give me your views of the lesson, and followed by a formal interview.  Your views, thoughts and feelings are always really appreciated and taken into account.  I believe that it is very hard to fool you and that on each occasion your comments have been extremely helpful and perceptive.  One comment comes back to me again and again, and makes me smile:

Two weeks ago, I was privileged to see our girls' football team play in the National Colleges’ Final at the Bescot Stadium in Walsall.  I felt incredibly proud of each and every person who played, watched or supported the team.  The effort, ability and camaraderie of everyone involved was extremely moving.  Indeed, a number of staff from the competitor college mentioned how good our supporters were.  I was also really impressed by the standard of our play and the sheer commitment of each and every player.  These moments are precious and need to be savoured.  Throughout the match, I had a smile on my face and kept humming "Mr Raffles" by Steve Harley:

"…, Man!  It was hard not to laugh out loud
I couldn't believe the size of the crowd
You must have fooled them into coming…
Inside you sniggered so hearty, you only came for the party
Man, it was mean, it was mean, man it was mean". 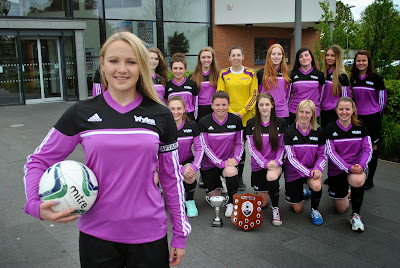 We have a newly elected Student Executive.  I am really pleased that the hustings were so well attended and that so many of you voted.  I hope that the new Executive can follow in the footsteps of the outgoing team.  I believe that the current Executive have been outstanding – certainly one of the best since I have been at our College.  I would like to express my thanks and appreciation for all that you have done for our College and our students.  You will be a very hard act to follow.


Many of you will have voted for the first time last week.  I hope that you enjoyed the experience and excitement that is generated during a General Election.  All that I will say about the outcome is that, as Bobby D sang,

Just a few quotations to ponder:

"Human beings were invented by water as a device for transporting itself from one place to another," Tim Robbins.

"When elephants fight the ants get trampled," Malaysian saying.

"The first camel in the train holds everyone up, but it is the last which gets the beating," Amharic proverb.

Good luck in the examinations and I hope that your performance reflects your effort.

Jay Trivedy
Posted by The Principal's Blog at 00:25 No comments:

The Principal's Blog
"We believe our College will provide all that you need to be successful for the next stage in your career. You will be taught and supported by outstanding staff in a superb learning environment. The quality of relationships within the College will ensure that you work to your full potential and achieve at the highest level. Our vision is “Inspire and support all students to achieve exceptional success.” As the largest A level provider in Hull and East Riding, the statistics are straightforward: students do very well at Wyke. Our points score and progression data according to any national measures places Wyke at the top end of performance criteria. Wyke is the perfect place for meeting new people and learning to handle and enjoy new situations. You will be joining students from all over Hull and East Yorkshire. Please visit the College and see for yourself. Talk to our students, staff and find out about the range of experiences on offer. In short, come and find out how you can maximise your achievement and have fun at the same time." Jay Trivedy, Principal